Tuesday 14 October 2014 is Ada Lovelace Day, an international celebration of women in science, technology, engineering and maths. Born in 1815 Ada Lovelace is thought to be the first computer programmer. The day aims to highlight the plethora of women in all areas of STEM and ensure there is a bank of visible role models to inspire girls and women interested in pursuing a career in science and technology. 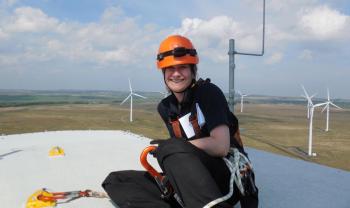 Women in Renewable Energy Scotland (WiRES) is a network for women working or interested to work in the renewables sector. The network’s aims are very much in the spirit of Ada Lovelace Day. WiRES’s work is about inspiring women to work in renewable energy, and it celebrates the many fantastic women who are contributing to the growth of Scotland’s thriving renewable energy sector, while at the same time raising awareness of the barriers women still face in the sector. 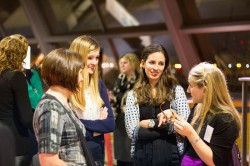 WiRES was founded in 2010 by a group of women working in renewable energy who were concerned about the lack of women in their sector. In 2013, Close the Gap was awarded funding from the Big Lottery Fund to develop activity for the WiRES network to support women in progressing their careers in the renewables sector. WiRES is now a thriving network with more than 450 members throughout Scotland, and its mentoring programme has recently been shortlisted as a finalist in the Contribution to Skills Award category at the 2014 Scottish Green Energy Awards.

WiRES’s activity focuses on networking events with inspirational speakers, site visits and expert talks throughout Scotland, along with the successful mentoring programme.

Speakers at networking events have included Minister for Energy, Enterprise and Tourism Fergus Ewing, and inspiring industry icons like Judith Patten and Nina Skorupska. WiRES members have also been on exciting site visits to Whitelee Windfarm, Europe’s second largest onshore windfarm, and the headquarters of Pelamis Wave Power, one of the world’s most advanced wave power developers based in Leith. 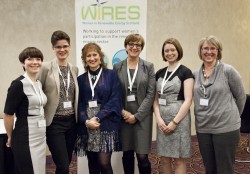 Members tell us that they enjoy meeting like-minded women, so that they can share experiences and simply not stand out as the only woman in the room. The attrition rate of women in STEM remains startlingly high, with 73% of women with STEM qualifications no longer working in STEM industries The reasons are complex and well rehearsed elsewhere. One reason is the sense of isolation women feel when working in a male-dominated environment. WiRES hopes to reduce this feeling of isolation through providing a forum for women to exchange experiences, and through networking and mentoring opportunities.

You can read more about WiRES and sign up for free membership here.

Find out more about how to support women in STEM on the website of Equate Scotland.