The perennial problem of equal pay

Ten years ago, Close the Gap held an event, with support from Unison and the TUC, to celebrate the 40th anniversary of the equal pay strikes which eventually led to the passing of the Equal Pay Act in 1970. We were lucky to have two of the Ford Dagenham sewing machinists speak about their experiences of the strikes, and reflect on the significance of their actions. We also paid homage to Agnes McLean who led the Scottish fight for equal pay, first at Rolls Royce Hillington in 1943, and later in a series of strikes across the West of Scotland in 1968. The right to equal pay for equal work is fundamental to women’s labour market equality but, almost 50 years on, we’re still very far from that right being realised. 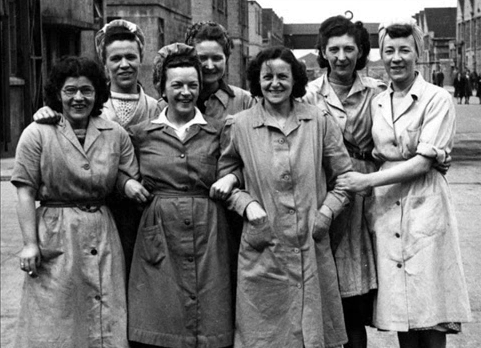 Today, 8000 low-paid women working at Glasgow City Council are striking over their claim for equal pay which has been rumbling on for 12 years. The work that they do as school staff, nursery workers, care workers, caterers and cleaners is integral to people’s lives and to the functioning of our economy. But historically, such “women’s work” has been systematically undervalued resulting in the low pay which characterises these jobs and sectors.

Although there have been a number of pay modernisation programmes in the public sector, there are still tens of thousands of equal pay claims in Scotland’s tribunal system. The public sector equality duty, which includes specific requirements for employers on equal pay, has also not resulted in the transformational change as was hoped.

Most pay discrimination isn’t intentional, and there are many employers who have taken steps to rectify the sex bias that was built into the design of their pay and grading systems. However, research by Close the Gap, and from the UK Government, shows that the main reason employers don’t take action on equal pay is that they believe they’re already paying their staff equally. This undue complacency coupled with, in some cases, a lack of will to advance women’s workplace equality creates the most significant challenges to realising equal pay and closing the gender pay gap.

A current focus for Close the Gap is our new Equally Safe at Work employer accreditation programme. Equally Safe at Work is an innovative programme which will be piloted in local government next year. We’ll be working closely with a small number of councils to support them to work towards accreditation by developing employment practice that both recognises the barriers to women’s workplace equality, and also violence against women-competent. Pay practice is an essential component of this, and we hope that Equally Safe at Work will encourage employers to be sector leaders in not just equal pay, but in women’s labour market equality more widely.