Skip to menu Skip to content
Home»Blog | The gender pay gap: behind the headlines

The gender pay gap: behind the headlines

The gender pay gap is in the headlines today, due to the CMI managers’ survey and new research from the IFS; however, just as it is important to look beyond the headlines, it is important to look behind the pay gap itself. While the pay gap is a useful indicator of women’s labour market inequality, it is an imperfect measure. The gender pay gap is hugely complex, and there is no single figure which can adequately capture those complexities.

Media stories on the pay gap often lead with the line, ‘Why after 45 years of equal pay law do we still have a pay gap?’ Part of the answer is contained in the question itself: equal pay law covers the concept of equal pay for equal work, rendering it unlawful to pay a woman less than a man (and indeed vice versa) for the same job or jobs of equal value. Equal pay for equal work is only one small piece of the pay gap picture, and tackling this alone hasn’t been and will never be enough to tackle women’s entrenched labour market inequality.

The three main causes of the pay gap, and those factors which aren’t captured by a headline pay gap figure, are occupational segregation, which sees women and men concentrated into different types of work, and different levels of work; a lack of flexible working, particularly at senior levels; and, discrimination in pay and grading systems. A key theme linking all three of these causes is the undervaluing of women’s skills and work. Women’s employment is still concentrated in undervalued jobs such as care, retail and cleaning, which are low paid because they’re seen as ‘women’s work’. The economic and social value of unpaid domestic labour and child rearing is invisible in the economy, and the skills associated with it systemically undervalued. Until we recognise and count the value of this unpaid labour, on which the entire economy is built, women will continue to be disadvantaged. 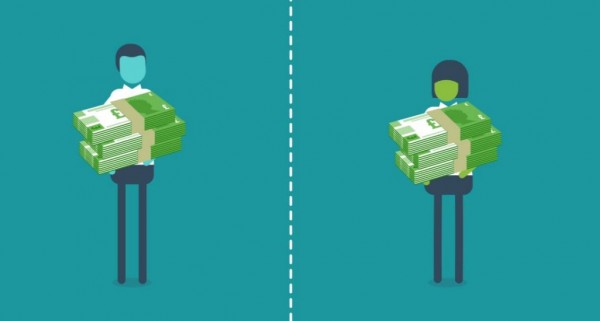 The problem with media reporting of research is that it focuses on headline grabbing figures, with little or no thought given to the accuracy of those figures, or the bigger picture. Headlines about the CMI managers’ survey declare that Scotland’s pay gap is higher than the rest of the UK. This is inaccurate. The more robust statistics published by ONS show the pay gap to have been consistently lower in Scotland than in the UK since 2010.

Today’s pieces also fail to highlight that the pay gap figure of 29% relates to a survey of management level jobs only. This annual survey is useful for highlighting the persistent and entrenched inequalities that women face at work; however it does not reflect the labour market as a whole. The focus on management jobs distracts from the experiences of the large numbers of women in undervalued, low-paid jobs such as care, cleaning and retail, for whom employment is becoming increasingly precarious.

Headlines about the IFS research draw heavily on the ‘motherhood penalty’ of the widening pay gap experienced by women after they have had children, but they fail to acknowledge the fact that women who haven’t had children, and those who won’t have children, still face a significant pay gap. Stories such as these bring an unhelpful and unwarranted scrutiny to women’s ‘lifestyle choices’, and distract from the need to challenge the structural barriers which constrain women’s choices and lives, such as their disproportionate responsibility for unpaid work such as care and domestic labour, and a lack of quality part-time and flexible working which prevents many women from progressing into higher paid jobs.

The pay gap doesn’t just affect women, employers are missing out on women’s under-used skills and talents. The business case for taking action on the pay gap is clear: companies that make small changes to their employment practices are able to recruit from a wider pool of talent, enjoy a reduction in turnover and training costs, and experience higher productivity through improved employee motivation. Our recent research paper Gender Equality Pays showed that tackling gender inequality in employment could add £17bn to Scotland’s economy.

Today, in a piece in Commonspace, Emma Ritch, Director of Engender, said "The pay gap is a top-line indicator of women's persistent labour market inequality. It shouldn't be a twice-a-year story when robust new figures are produced by ONS/Close the Gap, or recruitment companies do their own small bits of analysis.

"Instead, women's distinct experience should be included in reporting on the economy, on employability, on education and skills, on labour rights, and on precarity and zero hours contracts.

"Media coverage needs to reflect the complexity that underlies the pay gap itself. We need a better public conversation on women and work."