Close the Gap has calculated the difference in pay between women and men working in Scotland using the latest Annual Survey of Hours and Earnings (ASHE) tables released from the Office of National Statistics.

Despite a decrease of 1.8% between women and men working full-time in Scotland since 2013, the gender pay gap remains stubbornly high at 11.5%. 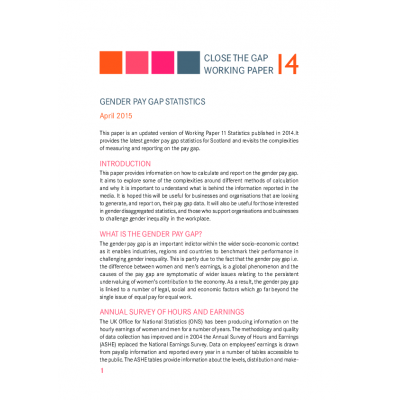