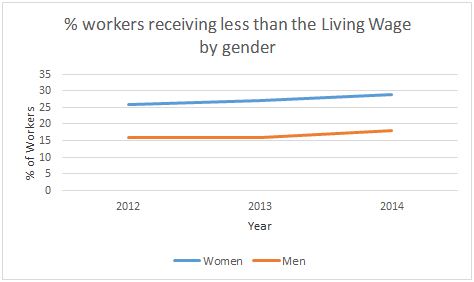 Female dominated sectors are also most likely to be paid less than the living wage; in Hospitality and Catering 70 per cent of jobs are paid below the living wage, and in Cleaning the figure is 68 per cent, in Retail 58 per cent and in Care 50 per cent.

Part-time work is undervalued. And that means that many of the women working part-time are working below their skill level. Until part-time work, and other types of flexible working, is available at senior levels, women will continue to be penalised when they have to reduce their hours to balance work with caring responsibilities.