Skip to menu Skip to content
Home»Blog | Guest Blog: What does decent work mean to women? 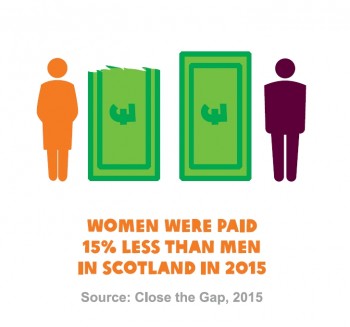 ‘Work is the best route out of poverty’ or so the saying used to go. Although the risk of poverty is still greater for those without employment, having a job is far from a guaranteed way to lift people above the poverty line.

Underemployment, zero-hour contracts, low-paid self-employment and increasingly insecure, low-paid and precarious work (all of which, other than self-employment, impact more on women than men) seem to be competing with official statistics showing record levels of employment.

Oxfam partnered with the University of the West of Scotland and Warwick Institute for Employment Research to examine what low-paid workers in Scotland prioritise in order to have ‘decent work’, and how far the labour market in Scotland delivers on these priorities.

‘Decent work for Scotland’s low paid workers: a job to be done’ involved more than 1500 people who gave their views about what ‘decent work’ means. The research focused on people with experience in low-wage – and female dominated – sectors such as social care, hospitality and cleaning.

Participants were asked to prioritise a total of 26 factors that make for decent work, resulting in the following top five priorities broken down by the research method used: 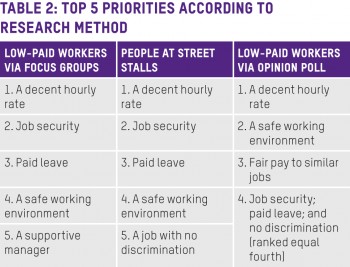 While there is a strong degree of consistency in the results, there are also gender differences. This is important – and possibly not surprising – given that women face greater barriers in gaining a foothold in the labour market, are more concentrated in low-paid sectors and occupations, and continue to be paid less for the same work. 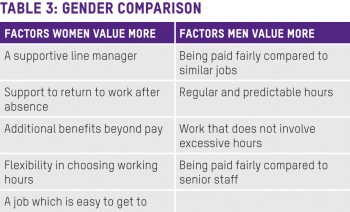 Of course, a number of factors beyond gender are likely to impact and intersect on what people prioritise and the full report provides further breakdowns of findings by age, disability status, ethnicity/nationality, contract status, hours status and trade union membership.

However, it seems likely that these headline gender differences reflect the barriers women face in participating in the labour market, such as the need to balance work with additional responsibilities beyond the workplace, such as care – which still disproportionately fall to women.

In contrast, expectations and gender norms based on the traditional ‘breadwinner model’, may explain men’s preferences for regular and predictable but not excessive hours, as well as issues around fair pay.

Despite gender differences, all workers prioritised fairly basic conditions. None of the priorities are unreasonable or extravagant. But the latest labour market data shows that for too many workers Scotland is failing to provide these:

· A supportive manager - 324,000 adults in work feel their line manager does not support them. No discernible gender differences.

· A safe working environment - 88,000 workers report illness caused or made worse by work in the previous twelve months. No gender breakdown available but women are more likely to experience bullying and harassment in the workplace. 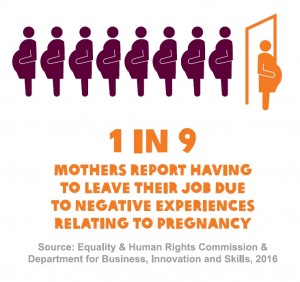 Encouragingly, the priorities identified in our research are areas where businesses and policymakers can make a real difference. Our recommendations include: giving the Fair Work Convention a specific role in investigating and improving employment conditions; ensuring public procurement is used to incentivise and reward good employment practices; and the development of strategies to tackle low pay in sectors in which it is endemic.

By working across Government, employers, trade unions and the third sector, Scotland can make progress towards the delivery of decent work for all – but only if it is defined by the women and men that need it most.