Today marks Equal Pay Day in the UK when women will in effect be working the rest of the year for free. This day reflects that on average, women are paid less than men. In Scotland gender pay gap is 15%.

The pay gap is stubborn with little significant movement in recent years, reflecting the persistent and entrenched inequalities women face at work.

Women and men are still segregated into different types of work based on gender stereotypes, and despite post-recession rises in the female employment rate, women’s employment in general has become increasingly precarious. So-called ‘women’s work’ continues to be concentrated in low paid, undervalued roles such as care and cleaning with an increasing number being on temporary and zero hour contracts.

The gender pay gap contributes to women’s higher levels of poverty at a time when women’s economic independence is under attack by the UK Government’s ‘welfare reform’. 85% of the cuts implemented under the austerity agenda so far have come from women’s incomes. 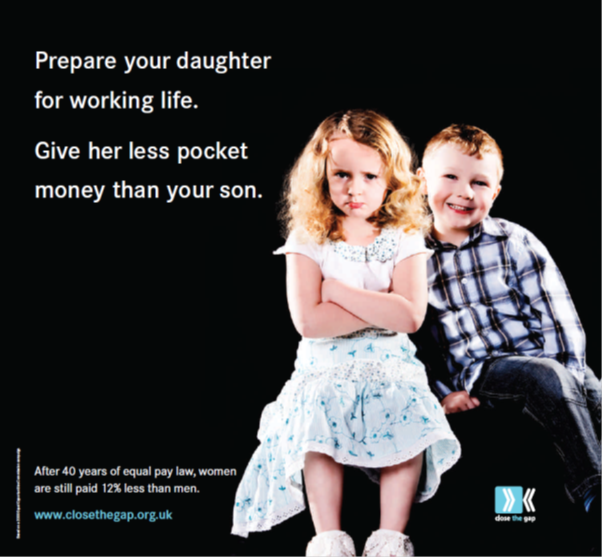 In 2017 legislation will be introduced by the UK government that will require private and third sector organisations with more than 250 employees to publish their gender pay gap, and the gender gap in bonus earnings. This is a helpful first step towards increasing accountability within the private sector, and will align larger private sector employers with existing requirements for the Scottish public sector where organisations are already obliged to report their pay gap and occupational segregation information under the public sector equality duty. However reporting alone is not enough to realise change for working women. Close the Gap’s response to the UK Government consultation on the new measures sets out the imperative of employers taking action to address gender gaps and inequalities, and the new regulations do not require employers to do this.

The economic case for addressing women's labour market equality is clear: closing the gender gap in employment would add £17bn to Scotland's economy.

Close the Gap has created a free online tool for employers which enables business to identify the benefits of gender equality to their organisation. Think Business, Think Equality offers businesses a series of tests which lets them assess their current employment practice, and identifies small changes they can make to advance equality, while at the same time improving productivity.