Recent data from the Office for National Statistics revealed that Scotland’s gender pay gap had narrowed ever so slightly from 14% to 13%. We aren’t celebrating though because it still represents a lifetime of inequality for working women.

Equal Pay Day is the day from which women are effectively working for free for the rest of the year because of the gender pay gap. Of course it's much earlier in the year for Black and minority ethnic women and disabled women, who experience higher gender pay gaps. Having this day each year brings into focus the stubborn challenge of one of the pay gap's main causes – pay discrimination. Media coverage of recent high profile equal pay claims such as that brought against the BBC by Samira Ahmed, and the hard-fought settlement won by women workers at Glasgow City Council highlights the scale of the challenge. Pay discrimination affects individual women and it’s also a feature of female-dominated jobs and sectors because the economy systemically undervalues the work they do. 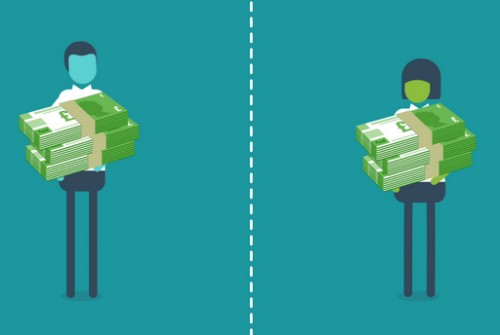 Gender pay gap reporting was meant compel employers to take action to address any pay gaps, including looking at the challenge of pay inequality. But as yet there’s little evidence that action is being prioritised. Quite the opposite, in fact. Close the Gap’s assessments of gender pay gap reporting among Scottish employers has found pay becoming increasingly invisible. In 2018, out of 200 employers who’d reported their pay gap, only one mentioned doing an equal pay review and another mentioned plans to look at job evaluation. What was commonly found was a generic statement on employer reports which said: “The gender pay gap is not the same as equal pay which is unlawful. We are confident that we’re providing equal pay for all staff”. It’s difficult to see how so many employers can be so confident since the vast majority have never done an equal pay review, nor have any plans to do one. The gender pay gap is not just about pay but pay is still important, and that message is getting lost.

If you think you're being paid unfairly because you're a woman, there's information on our website about what you can do next.

If you're an employer who wants to check whether you're paying staff fairly, Close the Gap has developed online tools to help you. SMEs can use our Think Business, Think Equality self-assessment tool which has a resource on pay and reward. Large employers can use our Close Your Pay Gap tool which also includes a self-assessment test and lots of free resources.